WRITER FOR NEWSPAPERS AND MAGAZINES, INCLUDING THE TELEGRAPH, THE TIMES, THE GUARDIAN, WALK, LANDSCAPE, AND MANY MORE. FREELANCE COMMS PRO.

Susan Sroka with Grantham, a leveret rescued by golfers Credit: Asadour Guzelian. It was the harsh cawing that alerted golfers to the little drama playing out a long putt away. Rather than concentrate on their game, they went to investigate. At her home in Oulton, near Leeds, hare enthusiast Susan Sroka tells what is, for her, a familiar story.
The Telegraph Link to Story

Ash dieback is unstoppable, but you can help by planting new trees

As my family will happily tell you, I am a bit of a hypochondriac. At the first sign of any worrying symptom, I think the worst. At least I have the self-awareness to know it, and to realise that it’s a tendency that extends to other aspects of my life too, like my gardening. So, when I first noticed one or two withered, blackened ash leaves in the hedge at the end of our garden, I told myself to look the other way.
The Guardian Link to Story

Campaign: countryside and rights of way

It's 10 years since the first area of open access land was created in the Peak District, following decades of hard work by the Ramblers battle to get the landmark Countryside and Rights of Way (CRoW) Act passed. But our mission to open up more of our beautiful landscapes for everyone to enjoy goes on.
Walk Link to Story

Helping toads to cross the road

It’s not everybody’s idea of the perfect Sunday night out. At the end of dreary afternoon, a fine, wind-blown drizzle has become persistent. People are gathering at Charlcombe, on the very northern edge of Bath. Night is falling. At the roadside, the group of nine are raring to go and their leader, Helen Hobbs, seems happy.
The Telegraph Link to Story

Ditching power tools made me a happier gardener

Putting weekend papers into the recycling bin, an advert caught my eye. Among a tumble of sections of The Guardian and another, rival, publication, was a motoring section. Its back page was given over to an ad for gardening gadgets; strimmers, leaf-blowers and mowers, all beefed-up and top-of-the-range, presumably selected to catch the eye of the Top Gear set.
The Guardian Link to Story

From after-school walking clubs to family-friendly ‘Toddle Waddles’, Ramblers Cymru is trialling an array of new initiatives to try to get more young people in Wales out walking. We meet some of the people involved and find out why changes to the Welsh Government could herald a golden era for outdoor youth activities….
Walk Link to Story

Hostel bunks no barrier to the best of times

Footsore, we're at the end of a day on an old drovers' road across the Elenydd mountains in Wales' wild west. It has been half a day since we last saw a road and in that time we've passed just a single person. We are an hour behind schedule so the sun is already below the horizon and it's a struggle to see our feet on the track's stony surface.
The Telegraph Link to Story

Archery: That's another string to my bow

Just as I line up my borrowed bow's sight on target it occurs to me that Colin Ketley, my coach for the day, might be a mind reader. Talking me through the beginner basics of getting an arrow to go where you want it to, he finishes by saying: "You know there's more to archery than running around in green tights."
The Telegraph Link to Story

For anyone brought up on Hammer Horror, it makes sense that a bat hunt takes you to a castle dungeon. But it's a surprise to find that if there is a fear factor, it's vertigo that comes into play. On one of the coldest days of the year we wobble up ladders to a door in an 800-year-old keep that opens onto what once was the ground floor.
The Telegraph Link to Story

The Edge of Love: in Dylan Thomas country

As we followed the coast to New Quay, some of the elements of our Dylan Thomas weekend had already fallen into place. We were off on foot to find Llareggub, the seaside town of the poet’s “play for voices”, Under Milk Wood. The path climbed out of the cove at Cwmtydu on the cliff edge, the waves breaking on the cliffs below Thomas’s “sloe black, slow, black, crow black, fishing boat-bobbing sea”.
The Telegraph Link to Story

Oaks: next for the axe?

Dutch elm disease changed our landscape forever. Now Julian Rollins sees a new potential threat to a national symbol. Most of us know the name of at least one tree disease, possibly two. Top of that short list is almost certainly Dutch elm disease, the fungus that blighted the British landscape a generation ago.
The Telegraph Link to Story

Who needs a turkey?

Britain is rediscovering the traditional joys of eating goose, says Julian Rollins. It's close to show time at Coedwynog Farm in Pembrokeshire and Michael Carey is suffering from something approaching stage fright. "I'd be lying if I told you it was my favourite time of year," he says. "If I could, I'd just disappear and come back on Christmas Day."
The Telegraph Link to Story
View More Stories

Julian was born in Cambridge and raised in Hampshire. He's a geography graduate (University of Sussex) who went on to become a news reporter.

After starting out on local newspapers in Merseyside, he moved on to the nationals (Today and The Times) via the Press Association. His last staff role was as a member of the production team at BBC 1's Countryfile.

He has lots of experience as a freelance comms pro, working mostly with clients in the public and charity sectors. Also, he writes guidebooks, most recently working with the publishers Graffeg and Pocket Mountains. 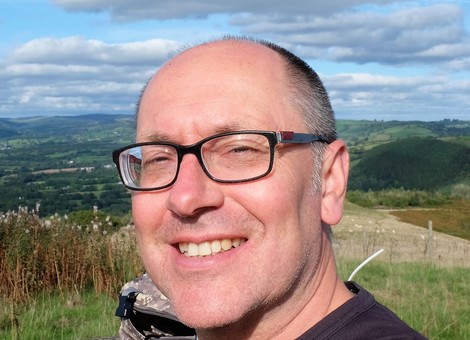